One of my favorite Audrey Hepburn movies, aside from “Sabrina” of course, is the 1953 film “Roman Holiday.”  This film follows Audrey Hepburn’s character, Ann, who just so happens to be a princess.  When Ann and her royal family arrive in Rome, she is immediately filled with boredom and yearns to see Rome for herself, unaccompanied. Escaping her strict regimen, Ann sneaks out to explore the Eternal City. She hitches a ride in the back of a delivery truck and later falls asleep on a park bench when the after effects of a sedative she took earlier in the night finally set in. Gregory Peck’s character, Joe Bradley, who is an American journalist, finds the sleeping princess and takes her back to his apartment so she can rest peacefully.  (This sounds like a legitimate kidnapping, but I promise Joe’s intentions are harmless : )

The next morning Joe rushes off to cover the Princess Ann press conference, but doesn’t realize she is actually asleep on his couch. The film continues to show the growing relationship between Joe and Ann and how the secrets of their identities unfold as they traipse around Rome. It’s a pretty sweet little love story.

Above you will see my take on the “Modern Day Audrey” in Roman Holiday.  A beautiful minty green top with a bow tie front compliments this caramel, pleated chiffon midi skirt perfectly. (It sounds like I am writing about food, not fashion!) I think this ensemble has  just the right amount of “flowiness” for a ride around Rome on the back of a Vespa, a la Audrey & Joe  in Roman Holiday. Nothing says a vacation in a romantic city like your skirt blowing in the wind, right??  And of course when traveling by foot, a sturdy pair of gladiator sandals are appropriate, such as this braided pair.  In true Audrey fashion, one must wear a stylish scarf, but perhaps instead of tying this pretty paisley one around your neck, try it tied around the handles of your handbag.

P.S in the latest issue of Matchbook Magazine, a feature story about Ryan Gosling reveals that his dream project is to work alongside Natalie Portman in a remake of Roman Holiday. Swoooon. I really, really hope this happens. 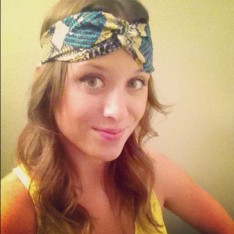 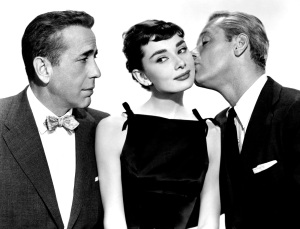